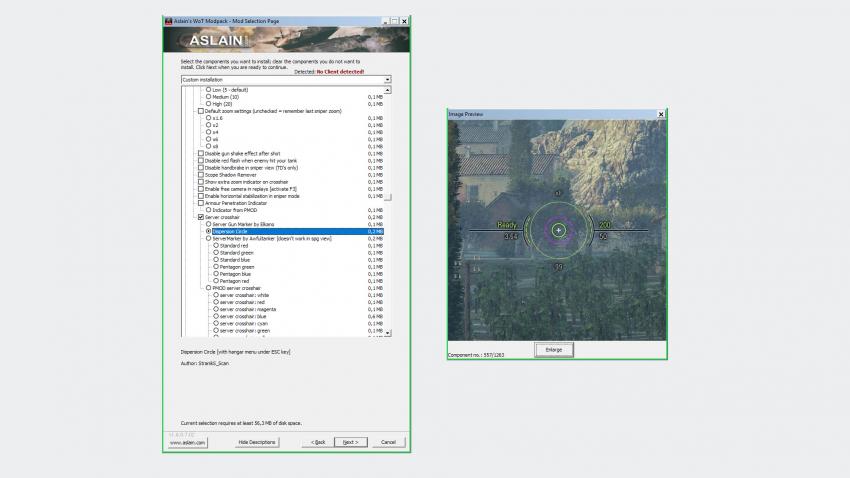 You can preview mods before installation

Download modpack from Aslain and install only official mods, approved by Wargaming.

There are several hundred mods overall, listing them would take a lot of space. Aslain's modpack is one of the most voluminous in terms of the number of possible variations of changes in the game.

Everything is standard and convenient: